Gratitude = Attitude with a Grrrrrr…

Recently someone used the word “gratitude” in reference to me. I don’t remember the context, but for some reason the word 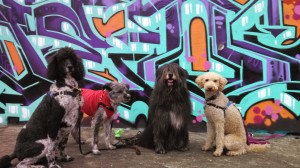 stuck in my head. Maybe it stuck in my head because, while I’ve heard the word, I’ve never heard my name and “gratitude” in the same sentence. Or perhaps it’s because, when I heard it, I heard the “grrrrrr” as separate from the “attitude” and I was stumped as to the meaning.

Then I looked it up: Gratitude: The quality of being thankful; readiness to show appreciation for and to return kindness. 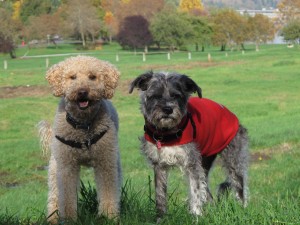 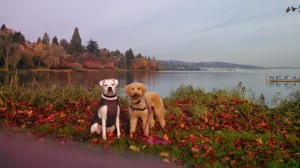 And yes, I show appreciation, but I have to admit that I tend to be kind of persnickety about who I show my appreciation to. Full confession: I can be quite a grouch if given half the chance. 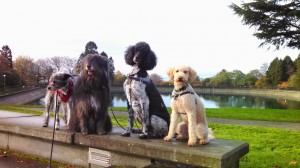 Sure, I look like a cuddly stuffed animal and everyone (dogs included) want to squeeze me and sniff me and get all mushy with me, but that’s not the kind of fella 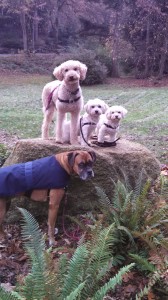 that I am. I’m a grrrrr fella and that can sometimes get me in trouble.

Take, for instance, the sharing of the backseat of the car. If you’ve been reading my posts, you know I have a new older brother (kind of an oxymoron — new older 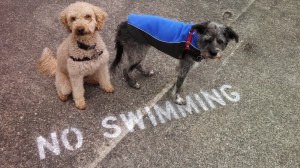 — but he’s new to our family and older than me, so you get the picture). Because of his age — 13 — he is afforded some “comforts” and “privileges” that I am not. Yes, we both get to lie on the couch though Dezi gets the prime corner and first pick and yes, we both get to sleep on the human bed though I am forced to move to my dog bed when the lights go out. True, my dog bed is luxurious by any standards, but it’s not the human bed and it’s not, dare I say, equal to the spot Dezi gets to sleep — right next to my moms…all night long. 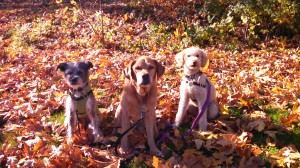 And so it is with the backseat of the car. We have a pretty nice set up there — cushy bed, safe sort of hammock to keep us from flying forward in the event of a crash, and prime window spots — but when it’s time to get into the car, Dezi is allowed in first and I am allowed in second. This might not be a problem for anyone else, but Dezi, as he’s grown more comfortable, hogs the backseat. He jumps in and lands right in the 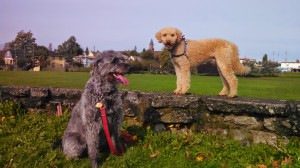 middle and instantly, plops down. He will not move. Even when I jump in almost on top of him, he doesn’t move. He holds his spot, stubbornly and weightily.

Sometimes, though the occasions are rare, I am allowed in first and when Dezi jumps in after me, he aims for that middle spot again. This is the hard part to admit, but I growl at him and at times, when I am really annoyed, and snap at him — not to bite him, but just to make a lot of 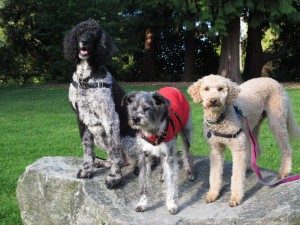 noise to let him know he needs to respect my bubble.

And my bubble is big.

And I make a lot of noise.

Oh, and Dezi is pretty much deaf.

Dezi isn’t the only one I snap at. I snap at my best buddy Monty, too whenever we have to share the way-back of the car. Monty HATES riding in the car and so Gretchen puts me back to there to “relax” him. Instead I snap at him every time he tries to get close and because he’s nervous, he always tries to get close.

My bubble is big. 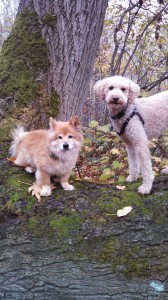 This does not mean that I don’t love Monty or Dezi. I love them ore than life itself, but remember my “gratitude” begins with a grrrrr and I am quicker with the grrrrr than I am with the thankfulness.

Still, it is the season for Thankfulness and Gretchen tells me I must let go of my attitude and shrink my bubble a bit.

But it’s hard. Often the grrrrr escapes before I have a chance to stop it.

Gretchen also tells me that this is the time of year when we’re supposed to reflect on our behavior and decide what we want to change in time for our New Year’s Resolutions.

So I am reflecting. 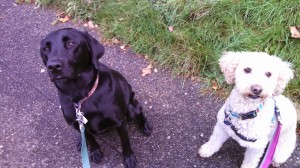 It’s hard to know if the grrrrrr in my attitude is a problem for me or a problem for others and therefore, do I change it to please others or do I expect them to just lump it. 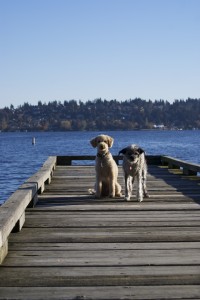 I’m leaning towards lumping it, but now that I’m older and keep getting water squirted at me (especially in the car) when I let the grrrrr escape, perhaps I need to spend more time reflecting.

How does one shrink their bubble? That’s the big question and I guess before January 1st, I should figure it out.

Happy Thanksgiving Everyone!!! May your gratitude not be filled with any grrrrrrrs.