You ever have one of those experiences where you’re driving down the road, a road you’ve been on a million times, that you know better than you know your own bed or your own backyard…and there 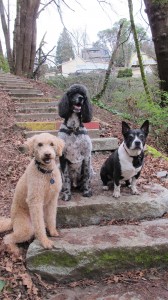 you are, driving the familiar when all of the sudden your realize you can’t remember passing a certain landmark? You can’t recall the last 5 miles or 5 minutes of your drive? So you shake your head and put your paws squarely on the wheel and say out loud, “Pay attention!” because you don’t want to fall asleep at the wheel and you certainly don’t want to be anything but alert while you’re driving.

Well, this can happen not only while driving. It can happen while you’re walking or even while you’re sitting. All the sudden you realize that time has passed and you were not really there to witness it. Yes, you were physically there, but you were not really there there so if someone asked you, “Hey, did you hear what that guy said on the radio?” or “Was that a green truck that just passed us?” you wouldn’t have an answer because you forgot to be there.

Why you forgot to be there could be for any number of reasons. You were daydreaming. You were bored. You were thinking about something else more important than your surroundings. Or worse, you just forgot to be there and in forgetting you missed a slice of your life. Whoosh gone like a leaf in the wind and no matter how hard you try to chase it, you’ll never catch up with it. It’s gone. Vanished. History. 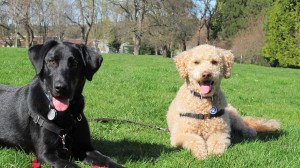 This is kind of how I feel about the last 3 weeks. I feel like I blinked and missed almost a month of my journey. Not that things didn’t happen and not that I wasn’t there, but since I’m responsible for a weekly blog, when I don’t write it all down, when I don’t review all the photos of my adventures, I feel like that person in the car unaware of life’s landmarks passing them by.

I’m not sure why it happened, but 3 weeks ago I posted a blog, Gretchen and Ann packed up and headed to Arizona and I was packed up and sent to spend time with Auntie Sheila (though she calls herself Anti-Sheila). I think that’s when my temporary amnesia began. My routine, while not always predictable, was completely upended. I was no longer a dog walker. I was no longer Gretchen’s faithful assistant. I was no longer at home barking at passersby or sleeping at the foot of the bed. I wasn’t even eating my regular food.

Not that didn’t have a great time…oh I did! And while I know Gretchen helped me post photos of my time away (and hers too), all of that feels like a blur.

As for the two weeks that followed, I was back in my schedule — walking dogs, supervising visitors, and keeping the neighbor under patrol — but for the life of me I can’t remember it all as vividly as I’d 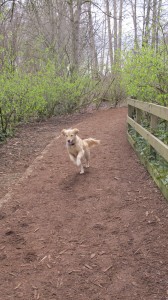 Luckily, I do have some photographic memories, thanks to Gretchen and after perusing them, I’ve realized I’ve been a busy guy. No wonder my head is spinning!

So before I started to write this blog, I went back and looked at the photos. Generally what I do is pull the photos I want to use and put them in a separate folder. Generally I’ll pull anywhere from 15-25 photos and then build the website with those photos in mind. Well, since I’ve been driving the vehicle of my life and not really paying attention, I shouldn’t have been surprised (though I was) that there were almost 50 photos I wanted to use from the past 3 weeks.

Way too many…way WAY too many. That’s when I realized that sometimes the best way to tell a story is not with words and perhaps the best way to bring back what you think has vanished is to make something that will last a lifetime. In other words, I decided not to focus on the gloomy fact that the past 3 weeks zipped past me, but rather, as the song says to Keep on the Sunny Side…

So here it is — the slideshow of the lost time remembered in pictures and in song. Enjoy! Oh, and there are a couple of new dog friends in this show…Scout, the black Lab, Bodhi the Golden Retriever, and Reno the black and white corgi (?) mix (also in the photographs above)…other than that, all my pals of the past 3 weeks are here…Monty, Roux, Woobie, Henri, Bella, Lulu, Rosie, Tyson, and Theo!