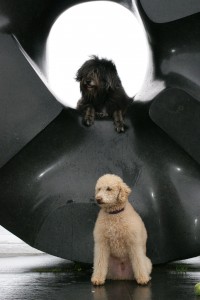 Noah was righteous and blameless in god’s eyes. He was obedient and loyal. “Build an ark and fill it with 7 of the clean animals and 2 of the unclean!” god commanded and Noah did as he was told and then god wiped all other living creatures off the face of the earth.

I shuddered when I read this story.

It’s been raining so hard lately and I have yet to hear any commandments. I wouldn’t know how to build a boat if my life depended on it and apparently if god is this vengeful, I may regret that I never learned boat building skills.

Then Gretchen told me that I shouldn’t worry, that in the end, god told Noah he’d never do that again.

“Do what again?” I asked Gretchen.

“Wipe all the creatures off the face of the earth,” she explained. 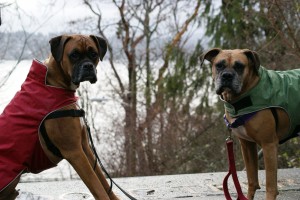 I find this cold comfort. The news of late, the recent catastrophic events,  and the cascading rain we’ve experienced make me a bit nervous. Actually, they make me more than a bit nervous.

“Who’s in charge?” I asked Gretchen the other morning.

“I mean, when floods happen, when the sky opens up and the earth and the sea, who’s responsible for that?”

She sighed so deep and long I worried that she was angry. “Are you angry at me?” I asked.

“No, no, no, buddy, I’m just trying to figure out how to explain it all,” she said thoughtfully, “And I must say that I’m not so sure it’s explainable.” 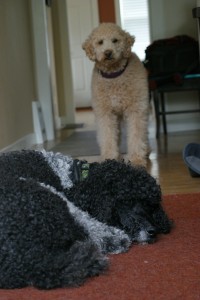 This did not make me feel any less nervous.”Can you try, please?” I begged.

She began…There are some people who say that there’s something larger than us that’s in charge. They call this “thing” god and for everyone this god is different…but even that is kind of complicated because while all the names are different, I wouldn’t say the actual things these gods stand for are all that different.

But that doesn’t matter. What matters is that for some people the god they believe in is kind of in charge.

Oh Rubin, if it were only easy to explain.

Well, do you believe in this god?

That’s a great question and I’d have to say that I don’t believe in a god the way most people do. 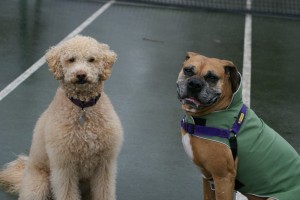 Well, what do you believe in?

Wow, these are tough questions, Rubin. I guess I believe that we are gifts — each and every one of us from plant to rock to dog to human to river to mountain to feather to blade of grass. Everything. We’re like miracles on a scientific level and miracles on a level we can’t really ever understand. We’re complex systems that breathe and live and make music and paint pictures and play and bring beauty to the world.

Yeah, I guess in a way…I guess what I’m trying to say is that we’re all just points out of a billion, trillion, mega-illion points on one big point in a universe of even more points in a galaxy of a million other galaxies. For some people, they want it all explained in a kind of map and for them, a god does that for them. 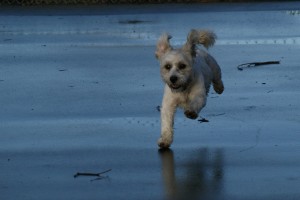 But not for you?

There’s part of me that wants to have it all explained in a nice, neat little package, but when I go out in the world and see those amazing clouds floating by or watch you play with your friends I don’t want it all explained. I just want to open myself up to how spectacularly fantastic it all is.

But it’s not all fantastic. There’s rain and earthquakes and big waves and disasters around every corner.

I know and when I see those things, when I see suffering and tragedy in the world it’s often hard to find 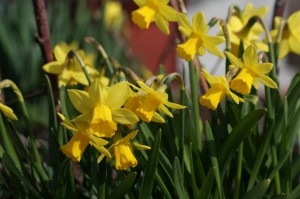 the beauty again. It’s hard to not weep inside and feel overwhelmed by it all. Are you feeling overwhelmed, Rubin?

When I feel overwhelmed I like to touch the things that make me feel whole.

What do you mean?

Well, I like to find those things that connect me to what matters.

Well, my friends. My family. You. Walking. Looking for spring. Love. Music. There’s an endless list of things that matter to me.

Does it make you feel better?

Not always. I still hurt inside sometimes. I still feel the tragedy in the world and feel helpless and hopeless at times, but then I watch you while you sleep or when you play with your friends or I spend time with my friends and family or I eat an apple and taste the complexity and simplicity of it,  I feel grateful. 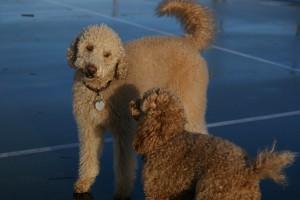 Do people who believe in god think of it as a gift?

I’m sure they do…well, I hope they do.

So you’re not much different than they are?

I suppose, but I don’t wrap it all up into something to believe in. 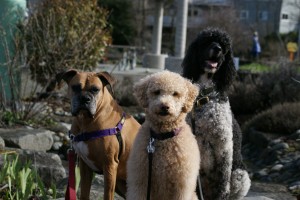 Wouldn’t it be easier if you did?

Sometimes,  I suppose. Sometimes I wish I could just see the bigger plan and know that the tragedies we’re witnessing these days are all part of that bigger plan, but I don’t think they are. I think it’s random and while it’s an awful random, there’s also wonderful random. I mean, the same random that made you, made the new spring flowers we keep seeing, made the clouds that fly over us on windy days is the same random that makes the earth quake and the waters rise up. 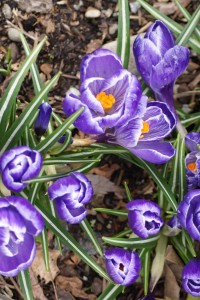 He’s a story in the bigger plan.

I know, little guy. It’s very confusing. I’ll try to explain. People who believe in that bigger plan view of the world tell stories to explain how they believe. Noah and his 40 days and 40 nights of rain is one of those stories.

How is it supposed to help me believe in that bigger plan when I’m thinking there’s some big guy out there who’s going to wipe it all away if he isn’t happy with how I behave?

Hm, that’s a hard one to explain. Think of it this way: Each day we have a plan, right? You know we get up, eat breakfast, go for a walk, then go to work dog walking and at the pool. That’s our big plan for each day.

Except some days. Some days we don’t have a plan and we just hang out or visit friends or relax or go on special outings.

True, but mostly we have a routine to our days and a plan. But within that plan there are stories. Like today, one of those stories was meeting Wilson, our friend Cathana’s new dog. And in that story we went to the tennis courts and played chase. 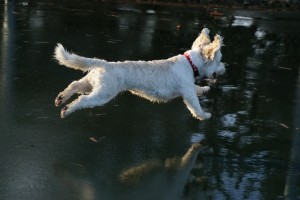 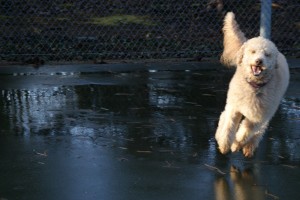 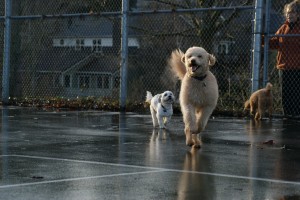 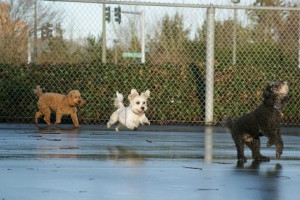 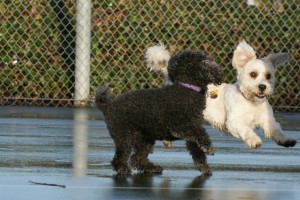 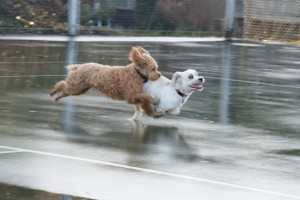 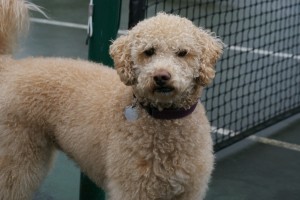 Exactly and that’s all part of that story.

But that’s a happy story. It’s not filled with things being destroyed.

True and thankfully our big plan doesn’t have much of that in it, but sometimes it does.

Like when our friend Michael stopped us today and said he wasn’t feeling very good?

Yes, precisely, but sometimes it’s even worse than that. Sometimes someone dies or someone gets hurt really badly or someone loses something really important to them. 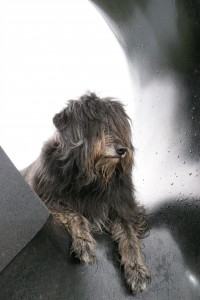 Can it even be something we see like a dog who hasn’t been taken out for a walk ever?

Yes, it can certainly be that. And it makes us feel sad and helpless and frustrated. Those are the stories within the bigger plan. Some of them are joyous and some of them are horrible, but they are all part of the big plan.

Who’s in charge of our big plan?

(Smile) We are to some extent, but then those random things happen like Michael going to the doctor to find out he’s really sick or even the random happy event of today when we found spring flowers blooming and then ran into Ann who was taking her class to the long, skinny house by the park.

Nope, the walk with Cathana and Wilson was planned, but meeting up with the other dogs at the tennis courts wasn’t planned at all. Walking through the park was my plan, but running into Ann her her class of 2nd graders wasn’t the plan.

Or chasing Wilson up and down the stairs at home, that wasn’t planned either. 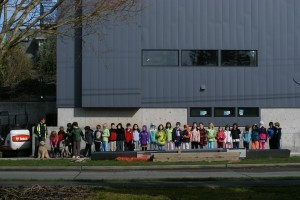 Do they not all fit together for you? 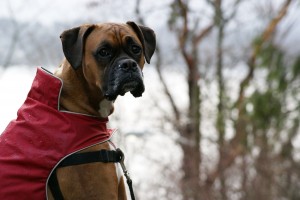 No, they don’t and I suppose that’s why some of the things are so upsetting…I can’t fit it all together.

How does that make you feel?

I feel lots of ways about it. I feel sad sometimes and I feel amazed other times. And sometimes I feel both and that’s when I realize that the magic of it all is NOT to figure it all out. I mean, sometimes it’s cool to understand scientifically how the weather works, but other times, it’s just cool to watch it take control of a day or a night.

Sometimes it’s scary. Like thunder and lightning we had this week.

Yes, sometimes it’s scary, but it’s also miraculous in a way and beautiful because it makes me realize 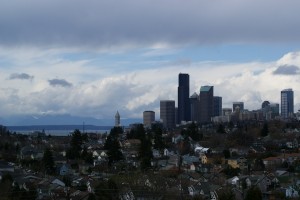 I’m just one of those tiny, tiny points in a bigger picture of a mega-illion points. When I realize that I feel in awe of every minute I’m alive.

Does that help, Rubin?

I’m not sure it helps. I still feel sad and kind of afraid about what I don’t understand and what could happen next without my having any control over it but… 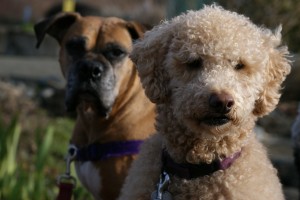 Well said and I’d add that if we didn’t have the random awful things we might not appreciate the random wonderful thing so much.

I’m still kind of sad and upset about it all. I feel bad for all those people and animals and rocks and mountains and feathers and blade of grass in Japan. 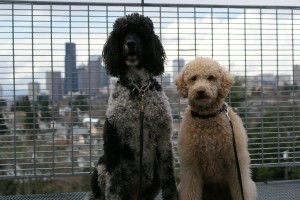 Me, too buddy. Me too. That’s why we must hold onto the beauty of the world — not for us, but for them.

Will you still hold me so I can feel a little less random?

Until the next blog…