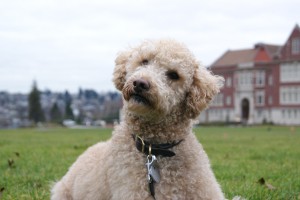 So, I’m doing my best to write only once a week now that we’ve cut back on our dog walking business, but I have to be honest with you…it doesn’t much feel like we’ve cut back. And we even had a four-day work week.

You’re not in trouble, buddy, but we really have cut back. 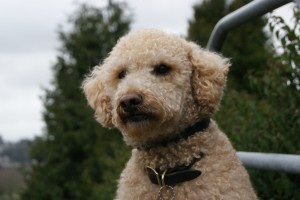 Really? Then why am I so tired today?

Well, you’ve had a big week.

I think you’re stating the obvious.

Yes, well then Tuesday came along…

And you stared at me half the morning wondering why we weren’t going anywhere.

But then we went, didn’t we? 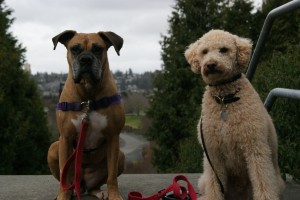 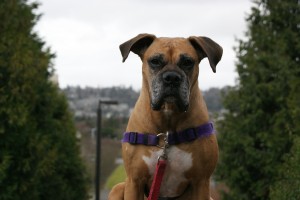 …and then you went to the pool with me where I swam you and then, much to my surprise…

I got to go out with Paige and Sheila!!!

Yes, that was totally unexpected.

And we went out into the woods and I got to run around in the dark just like Paige does!!!!!

I know, I saw the photos. You look a tad bit nervous.

Well, there were all sorts of weird sounds at night and I wasn’t quite sure where we were going and frankly, it’s hard to keep up with Paige.

But you were a good boy and stayed close to Sheila didn’t you?

Yes, until I found a ball and then I raced and raced around and played fetch. Whew, that was so much fun! 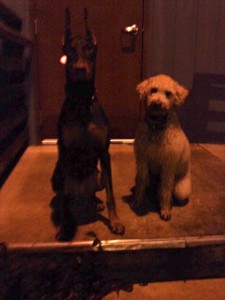 And you didn’t raise your head the whole night.

It was a big Tuesday and keeping up with Paige wears a guy out!

Yes, for you, it was unexpectedly big. Do you feel bad for staring at me that morning?

Nope because I firmly believe that my staring at you resulted in my amazing day.

Think what you will, Ms. Non-believer, but I have powerful abilities to make you do things you don’t even know you’re going to do. 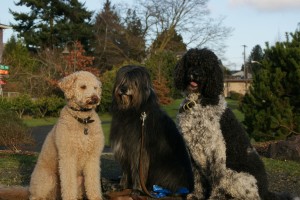 We can argue about this later, but let’s see, who gets Parmesan cheese on his food when he won’t eat?

Moving on, Rubin. Tuesday was busy, what about Wednesday?

Maybe not as busy as Tuesday, but we still walked three dogs, which isn’t that much different than before our cutback.

Well, for you it may not be, but for me it was definitely a reduction of my schedule because normally you’d walk with three dogs and I’d walk with seven, but this Wednesday we both just walked three.

Oh, so is this reduction in the schedule is about you and not me?

Sort of. But you didn’t walk with Rosie on Wednesday. 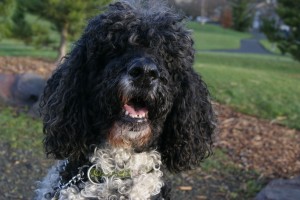 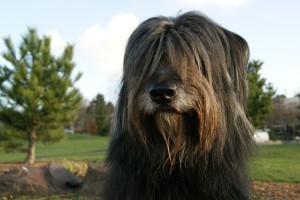 I know and I totally wish I could have because Monty told me she really busted a move on the tennis courts! 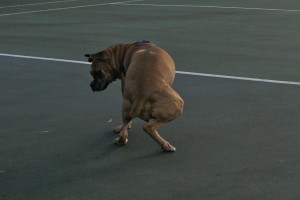 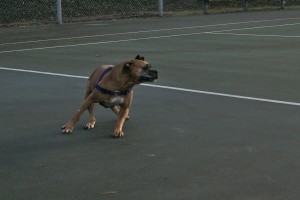 She really likes Monty and I was lucky enough to have the camera out when she started spinning. 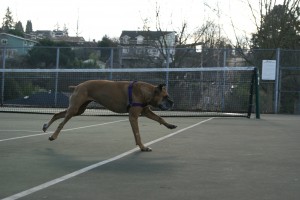 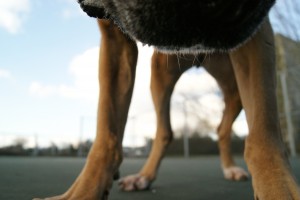 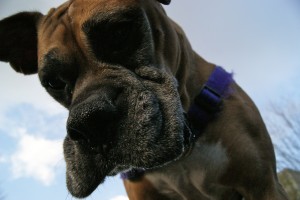 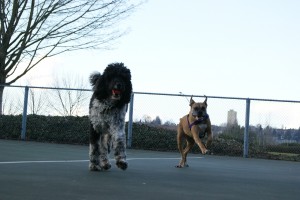 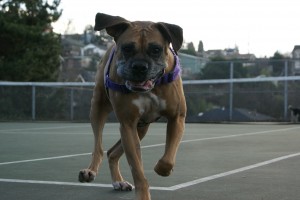 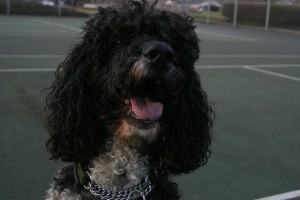 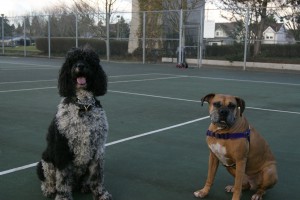 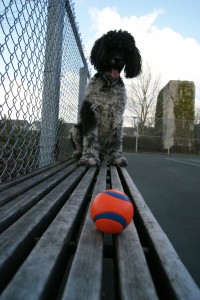 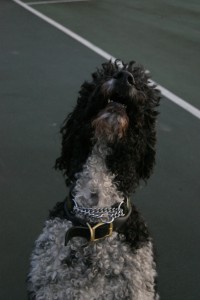 But you needed to rest because it was only Wednesday and Thursday was going to be busy…well, kind of…

Now that I think of it, though, Thursday felt a bit different. 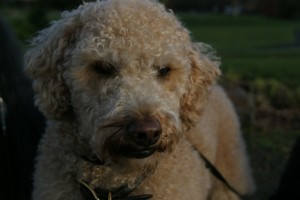 Well, we got up like usual, but then you headed to the pool and that’s really different.

Yeah, I had some office work to get done.

Is that why I had to wait in the car for you?

Yes. You get rather excited when you think you might be going swimming.

I get even more excited when I think I might get to see my Auntie Sheila and my good friend, Paige. 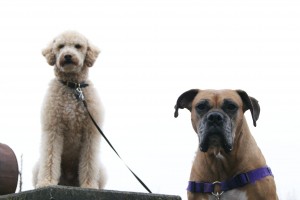 There is that. Besides, I really needed to focus on what I was doing and since you got a great walk up at Volunteer Park, I thought you could rest a bit.

Yeah, but it was darn cold!

Thursday was surprisingly chilly, wasn’t it?

I agree, though luckily it didn’t rain or snow.

Lucky for you, perhaps…

But then we got to walk Rosie and then Woobie. That was fun. 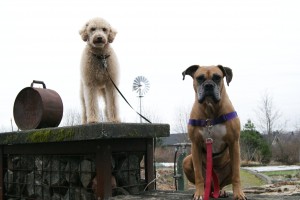 We saw Woobie a lot this week.

Yep, her Mom needed us this week more than usual, but Woobie’s easy. 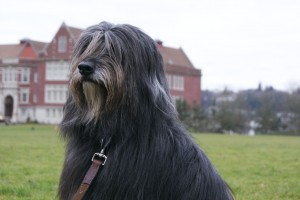 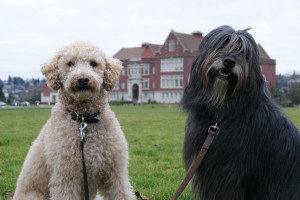 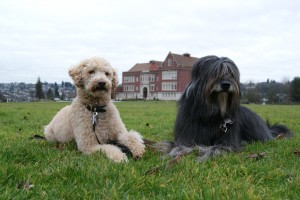 And we also got a lot of phone calls from people who needed a dog walker.

Isn’t that how it always goes…when I don’t need the extra business, I keep getting it?

But I was proud of you for saying “no” even though I know you felt bad for turning down the work.

Yes, well, I just remembered my feet and knew that if I was going to make it until Friday, I needed to take care of myself.

But Friday turned out to be another busy day!

Yes. At first I thought everyone needed a walk — Monty, Rosie, Tyson, and Woobie — but then Woobie’s mom go to work from home so it was just the three dogs.

And lots and lots of rain.

A bit too much for my liking. It was hard to get photos.

How did you do it?

Well, I stood inside the house and got the two wet boys at the front door dripping and shaking… 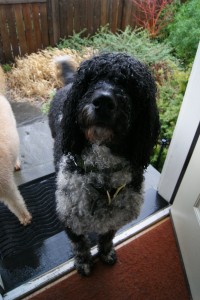 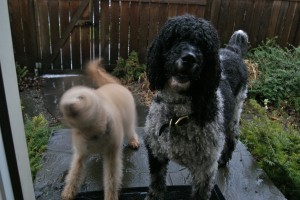 That was me and Monty!

And then I got Rosie and Tyson under the picnic shelter at the park.

Rosie seems to be saying, “Do we have to go back out in that weather?” 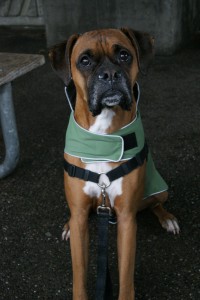 They were both saying that!

I have to admit, it was kind of yuck yuck yucky out there on Friday!

AND you had to work at the pool. You’re feet must have liked that?

I have to admit, it’s nice to work in a warm pool after a week of walking.

I bet that feels nice.

I know what you’re doing?

As much as I’d like to take you every day and swim you at the pool, it’s not going to happen, buddy.

Okay, but maybe I could hang out in the office? (cheesy smile)

And hope Sheila and Paige abscond with you?

Dog-nap, steal you, abduct you?

I could think of worse fates.

You are a player, Rubin! A total player.

I would, but it’s missing Parmesan cheese.